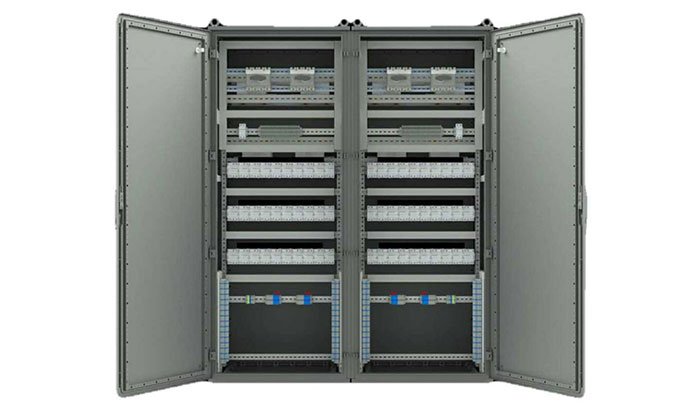 As automation begins to touch almost every industry, manufacturing is still the place where it can have one of the largest impacts. There are many benefits to the manufacturing automation which come from well-designed electrical control systems for the mechanical and utility functions in your plant.

Applying the latest manufacturing automation technology to your electrical control processes will simplify and streamline your ability to monitor and troubleshoot the equipment in your facility. As with many new technologies though, it doesn’t come without its challenges.

Recently, I was able to spend a few minutes with Richard Bogart, InterTech’s Senior Mechanical Engineer. He designs the electrical control systems that InterTech integrates into their clients’ plants. In this insightful interview, he provides a behind-the-scenes look into manufacturing automation as it relates to the plant’s electrical and control processes.

Diana Adams: Hi Richard. It’s a pleasure to speak to you today. I’m looking forward to getting insight from you about incorporating manufacturing automation into a plant’s electrical and control processes.

Richard Bogart: Thanks for stopping in to ask about this division of InterTech. I’m a mechanical engineer with about 25 years of commercial and industrial mechanical and controls design experience. I spend some of my time assisting our process design engineers and a larger portion of my time designing the control systems that make everything run.

Our goal is a winning system for our clients. At InterTech, our mission is to evaluate, design and implement a product for our clients that brings the highest payback in the shortest amount of time through reliability.

We support our mechanical system designs with integrated automation controls to minimize the labor resources of the plant. In other words, we want the plant to focus on the production line while spending a minimum amount of attention on the utility operation.

Diana Adams: Can you describe an electrical control system for utilities?

Richard Bogart: When we refer to utilities, it generally means all the equipment designed, provided, installed and commissioned to serve the machinery that makes the products.

The utility system provides the power, water, air and space conditioning to the plant and plant production equipment. The electrical control system controls and monitors the operation of all equipment in the utility system.

Our utility system can be comprised of cooling towers, air compressors, chillers, air handling units, pumps and fans. In an effort to simplify the control system for operators and maintenance personnel, we have one central interface allowing an operator to start or stop the entire system with the push of a single button.

From this central screen, the operator in charge of the utility system operation can monitor all utility equipment conditions. For example, an operator can see graphic displays of alarms, temperatures, pressures, pump status (on or off), chiller status, tower status, etc.

Diana Adams: Can you give me an example of an electrical control system use case?

We have been supporting the packaging industry for decades. But of course, that is just one electrical control system use case. There are projects including clean room design, hospital space conditioning and resin systems.

Diana Adams: How does manufacturing automation in the electrical control system affect the entire project?

Richard Bogart: It’s an end-to-end process. The control system plays an important role in our overall mission. As far as specifics, we have engineers who specialize in the downstream product operations. This includes fillers, labelers, packers and palletizers. Building solid relationships is still and always will be one of our top priorities.

Diana Adams: Aside from designing a system with the highest payback in the shortest amount of time, what else defines a winning system?

Diana Adams: When does the electrical control system design begin?

Richard Bogart: The design begins when the plant equipment is selected. For example, after the cooling tower, chillers, pumps, air compressors, air conditioning units, and production equipment are specified, we create a control system that will make all that equipment work efficiently together.

Diana Adams: Does InterTech encourage their clients to go with full automation?

Richard Bogart: Yes, however, it can depend on the project and return on investment considerations. We work together with our clients to balance cost and profitability. We look at the big picture, focusing on helping our clients establish an acceptable payback period for each project.

Diana Adams: Can you give me an example of the benefits of automation controls?

Richard Bogart: An operator may call us and describe a problem like, “We have a low pressure alarm on our tower pump system.” Or, “I’ve got a compressor that’s down, and I don’t know why.”

In that situation, we would hope to have a system and network in place to remotely diagnose the faults online, and quickly identify the cause and solution.

Without automation, this process might take hours or even require a trip to diagnose the issue. The plant might even be completely down during this time, with very significant lost production impacts.

Diana Adams: Are you able to solve problems remotely with your clients who are onboard with full automation?

Richard Bogart: Yes. Most often full automation also gives us access to their network, and we are able to resolve the problem over the Internet in minutes. We want everyone involved to feel good about it, so there’s an important education aspect to it.

Diana Adams: Can you walk me through the process of designing these control systems? I know each client has a different list of systems and subsystems that they want included.

Richard Bogart: That’s right. It all depends on how far they want to go with manufacturing automation. We start by gathering as much information as we can about what they already have in place and their growth direction.

To generate the design, we start with a basic list of inputs, outputs and signals that we want to include. We then determine what we will do with the inputs and outputs. The inputs and outputs include digital on/off signals, analog signals, or digital signals. We list alarms, messages, and equipment that we need to control.

When we’re finished, the design is reviewed by our team of engineers to be sure all the details, including the cost, fit within our client’s expectations of a fully automated system.

After the design is approved, we work directly within our fabrication shop and with equipment suppliers to make sure all the equipment gets built according to our specification. After all approvals for each specific piece of equipment are complete, we’re ready to fabricate and ship.

Diana Adams: How is the information that is captured in the system displayed so the operator can see it?

Richard Bogart: We customize a specific pump assembly to control everything. It’s kind of like the motherboard that controls the air compressor, the air, the chiller and the cooling tower. It tells everything to run, and then it feeds information back to a central processor and screen where the operator can see it.

We encourage our clients to layer their network on ours – that way, they can see what’s on that pump assembly control screen back at their office.

Richard Bogart: Yes, it’s actually pretty unique. A control system on the plant network can allow the plant (and us if connected remotely) to see the status of all utility equipment from anywhere on the network.

Diana Adams: When we’re talking about manufacturing automation, and more specifically, electrical controls – What sets InterTech apart from the other companies in the industry?

Richard Bogart: We follow the project from design to startup. Even if one of our equipment suppliers is on-site to perform commissioning, we insist on being on-site also to be involved and available to help. Our service is engineering, site management and commissioning. It is very important that we form a partnership with our clients.

Richard Bogart: Exactly. We take accountability seriously. When we’re in a plant, we’ll usually work until 9:00 or 10:00 at night because we want to stay until the job is complete and everything is working correctly.

Diana Adams: Wow, that really speaks to your team’s character, work ethic – and loyalty and commitment to your clients.

Richard Bogart: Thank you. When it comes to making things accurate and correct in the field, we are perfectionists. We don’t like poor installations. Like I tell my son, do it right the first time or don’t do it at all. The reward is, we very rarely ever hear from our clients with problems. When we do hear from them, it’s new work. That’s why I love this job.

Diana Adams: Thank you for your time today, Richard. You’re a talented engineer with integrity. I hope people who read this come away from it with a real sense of what they can expect if they choose to worth with InterTech.

For over 35 years, InterTech has helped hundreds of food and beverage plants implement a variety of manufacturing projects. Whether it be a single line or multi-plant roll out, we have helped reduce their operating costs by $2-10 million per year.

Let us model your operations and show you the feasibility of your project ideas. The earlier we get involved, the more money we can help you save.

For multi-plant clients, we have helped develop long-term plans to capitalize on the savings of initial projects in order to support future projects whose returns are lower.

We also develop Requests for Information (RFIs) or Requests for Proposals (RFPs) for major equipment so our clients can be assured they are getting the correct equipment at the best value. By assembling all of the information we receive into a Total Cost of Ownership, we can forecast operational costs for the long-term and establish budgets for plants that have not previously been self-manufacturing their bottles.

Our clients include Cargill, AAK, Constellation, Ghirardelli, and both Coca Cola and Pepsi Cola (and their respective bottlers) and many others. We invite you to view a more complete list of our esteemed past and current clients.

What would it be like to work with InterTech?

Download this case study about the partnership between Premium Waters, a pioneer in the bottled water industry, and InterTech.

InterTech brings clients value by performing plant engineering services with integrity, skill and efficiency. Our specialty is working within existing facilities to optimize line design for space and efficiency.

Schedule a consultation
Manage Cookie Consent
To provide the best experiences, we use technologies like cookies to store and/or access device information. Consenting to these technologies will allow us to process data such as browsing behavior or unique IDs on this site. Not consenting or withdrawing consent, may adversely affect certain features and functions.
Manage options Manage services Manage vendors Read more about these purposes
View preferences
{title} {title} {title}